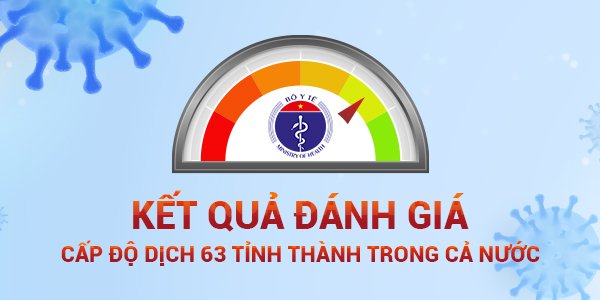 An Giang is one of two provinces of the Mekong Delta with hills and mountains that almost focus on the North west of the province, belong to two districts of Tinh Bien and Tri Ton. This is the last mountain cluster of the Truong Son range so its geological characteristic has similar features with the range of southern Truong Son that consists of kinds of the origin and formation of deposit and magma.

Kinds of the origin and formation of magma :

On the area of An Giang province, there are kind of aged volcano rock, upper Jura reveals in East of Dai moutain, South of Bồ Hông vo of Cam moutain, southern Phu Cuong moutain (Ta Pec), northern Sa Lon hill. This rock s essential composition is andesit and adhesive splinters. Rock of andesit is dark grey, livid, sometimes is green. It was taken shape by the composition of flow, sometimes by the nuclear composition filled up with carbonat and the secondary quartz. Subordinate mineral of the rock consists of apatit and little ore. In the composition of petrography, the content of oxit silie (SiO2) containing in  the rock is 57 – 87 %, Ph is medium but it usually increases highly along the border contacting with kinds of rocks around it.

Strong activities of the earth s crust in the orogenic time composed blocks of  Co To moutain, Cam moutain which consist of 2 phases. The first is the rock group that has the petrography composition : diorit, diorit- pyrocene. The second has kinds of white grey granite rock containing plenty of mica and horblem, specially this kind of rock contains much biotite mineral that is fet black when they are weathered, they will turn to become plogopite (yellow mica) that is twinkling yellow.

This is trespassing stages arranged to the complex of the Ca pass with the geological age is Créta. They are divided into 3 different trespassing stages :
The first stage has the area revealing narrow, composes each range with its width from 700 – 800 metres, distributes in the East side of Cam mountain, from Lam Vien area it adjoins with the North of Nam Qui mountain. The rock is slightly rose.
The second stage penetrates mainly in the area of Dai mountain , the North West of Cam mountain, Tuong mountain and blocks of small mountains like Ket, Tra Su, Ba The, Ba Doi. The colour of the rock is rose.
The third stage distributes in blocks of small mountains isolated like Sap mountain, their essential composition are small grains granite rock containing biotite.
Macma stage has usually been seen in mountain ranges of aplite, pecmatite which has small size with its width from a few centimetre to a few meters that distributes scatterly and alternates in the mountains of Ba Doi, Ba Khet, specially, a mountain range of aplite in Két mountain with its such width is a few ten metres and is a supply source of important materials for ceramic brick industry.

These kinds of rocks arranged to the conplex of Ca Na, distribute mainly in isolated mountains like Sam mountain, Tra Sư mountain, Noi mountain. The rock is brightly light grey and has small grains. Many places concentrate to become a mine like the mine of molipdenite in Sam mountain.

Kinds of the origin and formations of Deposit :

In An Giang province,  they are divided into the following stratigraphic units:

This kind of deposit reveals in the terrain of slow mountains and hills like mountains: Nam Qui, Ta Pa, Phu Cuong with its component from bottom – up consisting of :
The under part is mainly quartz gristone that is grey or red, subclasses densely.
The upper part has the sandstone of medium and rough grains. Its component contains much mineral, sometimes it gets bibbley with rock lenses.

These kinds appear in Tri Tôn, are the high part of Nam Qui mountain. The essential component of this formation is quartz sandstone- fenspath which is white, sometimes is pinkish, subclasses from medium to denseness, alternates with bibbley- rocks.

On the area of An Giang, this kind of deposit is divided into following stratigraphic units :

Type of cross-sections of ancient offshore bench : existing in the form of the narrow strip (its width from 1-2 m) which fringes blocks of mountains belonged to communes of An Cu, Thai Son (Tinh Bien district). Its essential deposit component is the kind of sand of rough grain which has a degree of bad choice confounding little powder and rolling blocks of origin rock.

Type of cross- sections of the coastal shallow sea : it reveals on the face, along the Vinh Te canal from An Phu to Lac Quoi. The essential deposit composition is powder, clay, and a few coarse gravel lying in an adjoining part to bottom of the sea.

+ Medium Holocene has the origin of sea deposit :

On the area of An Giang province, kinds of deposit arranged to this division reveals on the face in the form ranges of narrow bench with their widths that change from 2 kilometers to 4-5kilometers, fringe blocks of mountains in the areas of Tri Ton, Ba The, Sap mountain. They are divided into two types of following cross-sections :

The cross-section type of the sea bench : its the essential component is sand with grains of sand are medium and smoothy mixing up little powder of clay and contains little coarse gravel.

The cross-section of deposit type of the shallow sea, estuaries, bays : it has just been seen in drill holes with their depths from 2- 3 metres that changes from 2-3 metres to more 10 metres. The essential deposit is powder, sand, clay of smoothness, without much cascajo here, there are places where shells focus in the form of ranges (reef) like the area of  Vong The (Thoai Son  district).

+ Medium Holocene has the deposit origin of the sea - river :

This group of deposit always reveals extensively on the face, holds the most area of An Giang province in the form of plains. This kind of deposit has transitive relation with the sea deposits of mid aged Holocene, its essential component is clay, powder clay, powder′s colour is livid till brown, yellow…

Medium-upper Holocene, the under part has the origin of the sea deposit :

It reveals in the area of Ba Chuc, Vinh Gia  in the form of low plains (with its height from 1,5-2m), composed a range of winding to spread in the direction of North-West, West South. The deposit composition consists of clay, packsand and there are not much cascajo here.

Medium-upper Holocene, the upper part has the origin of river marsh deposit :

This group distributes in the kind of low, depressed, long form, extends in the direction of nearly South-North from the mountain of Sam to Co To, with the width changing from 4-5kilometers till ten kilometers. Besides it, although the quantity is not much, they are still presented in Ba Chuc, Luong Phi. The deposit component consists of clay, powder, plants dust decomposed badly, brown coal.

+ Upper Holocene is divided into two different forms of deposit :

River-marsh deposit : distributes mainly in Vinh Gia, Ba Chuc, An Tuc, Ta Danh, on the height of the terrain 1-2meters to become ranges extending in the direction of North West–South East or direction of canals and routes. This layer′s essential component is browncoal, plants deadbody, very little clay…which filled up ancient river-bed.

Deposit of rivers is still called new illuvium deposit. They distribute popularly along two sides of banks of  Tien river, Hau river and several other rivers and irrigation ditchs. The range of alluvium has the width unidentical but it changes belonging to the winding of a river. Specially, in the places where rives having the movement of river-beds like in the communes of Phu Huu, Vinh Truong, Vinh Hoa, (Tan Chau), Da Phuoc (An Phu), Khanh Hoa (Chau Phu). They composed alluvial grounds separated by small hollows in the form of irrigation ditches (narrow passages). The composition of deposit is mainly powder of clay and  packsand. Belonging to the composed conditions and environment, they were divided into types of deposit :

Deposit of natural dykes : is a range of land being pretty high, develops along two sides of banks of  a river, the large irrigation pitch which was built up by materials of floods. The width of ranges of natural dykes are from a few ten meters, several places where dykes ` widths are till a few kilometers, due to  the continuous movement of the river like in Thanh My Tay (Chau Phu), in the arroyo of Co Lau in Vinh Hoa (Tan Chau). Natural Dykes became building areas,  towns areas, traffic lines.

Deposit of marsh after dykes : always occurs after dykes or in the middle of natural dykes, is a place where it has the terrain slightly hollow, the essential deposit materials are clay, powder. The marsh after dykes is the area that is usually used for planting rices, is easy to be muddy and flooded.

Deposit of flooded fields (alluvium field) : this is the area which is flooded by floods every year. Because the face of the earth extends, the flooded time lasts for long time so flooded fields area huge tanks where  alluvium of silky grain of a river was deposited.  The more the deposit alluvium layer is far from a river the better grains of alluvium are silky, which are less and less.

Deposit of slushy marshs and Trap: are small hollow areas, lying far from a river, the land has not reasons to get absorbent and flows out so the humidity maintains during the year. This is the adjoined place between low flooded field and the alluvium bench of foot of mountain. Deposit is mainly plants dead bodies living in marsh environment when dying they became an organic layer that is dense of 1-2meters, exceeds 20% composition in the ground. Muddy marsh was called the land of Trap. In An Giang, muddy marshs and Trap distribute into a belt lengthening in the East of the area of  Bay Nui mountain….

The hillock of a river : (or a river island) : A new river bar which is the part of land developing to width is emerged by a river which moves the direction of flow running to another place, so rough materials are always trapped. The essential composition is rough sand and powder. This is the deposit part of bottom of the river-beds of Tien and Hau river. The river hillock has the terrain uneven, it is covered by high mounds around it, in the middle of a river hillock there is usually an uneven terrain, being a trace of the process which attached ancient river hillocks to each other. That is an area having the structure of plants that is very particular. It consists of fruit-trees and farm produces.